I proved to myself that it IS actually possible to feed yourself on just $25.00 per week.

I must admit though that I need a bit more variety in meal choices than pasta every day.

I have not starved, in fact I have food left over. I have 9 teabags left , a full bag of pasta, 1/2 bag of mixed vege and 2 slices of cheese. Now that is not necessarily a good thing. It probably means I had too much pasta and not enough vege for each meal.Each of the meals was 1 cup of each. The Kj count must be ok though as I have not lost any significant weight so I am happy that this week’s meal plan is reasonably healthy and most definitely filling.

Being on such a tight budget is definitely a challenge and you do have to be creative.  For the second week I have tried to incorporate some fresh vegetables and some red meat, even if it is only mince. the other challenge is to bring in some spice & herb flavours.  By investigating the sachets in the spice aisle of the supermarket, I have come up with some interesting ideas to use in coming weeks menus.

I have been asked to do a number of variations on this $25 per week theme. More than a few people have suggested a 2 week plan of under $50, as centrelink pensions and benefits are paid fortnightly.

I have made a decision to expand this to include a number of stand alone $25.00 menus for one, which I will price out for 2 people as well.  I will also be creating some under $50 a fortnight stand alone menus, also priced out for 2.

These stand alone menus plans are meant to be just that..Stand Alone.. They do not require any pantry items or bulk pricing.  Just the amount of money allotted.
These menu plans might be useful for people starting from scratch, or even when on holiday and staying in a self contained apartment.

As well as these stand alone menus, I will create some 10-12 week “blocks”.  These plans will include some bulk buying, where ingredients will be carried over for use in a following menu.

Thank you to all those who have given me feedback this week.  I look forward to where this journey will take me next 🙂 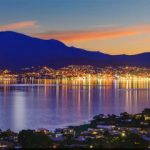 Strangely, this question has popped up a few times on my Facebook feed in the past few days. I admit when I first saw it a week or so ago, my first thought was Italy.  I so enjoyed my time there on tour in 2014.Everything about it, the countryside, the language, the people and of…

END_OF_DOCUMENT_TOKEN_TO_BE_REPLACED 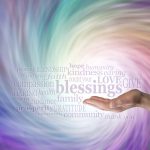 Why Can’t I Manifest Money?? Hint: It’s because you might not be asking for the right thing 🙂 You have read all the books and blog posts.  You have made your vision board.  You have said your affirmations regularly.  All this and …crickets 🙁 “What am I doing WRONG”?  “I seem to be manifesting all…

END_OF_DOCUMENT_TOKEN_TO_BE_REPLACED 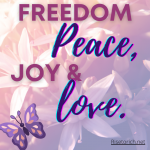 I recently watched an interview with Martha Beck in which she was discussing her new book, “The Way of Integrity: Finding the path to your true self.” If you have not heard of Martha Beck, she is an American life coach (most famous as being Oprah Winfrey’s coach), sociologist and author. In this book, she explains…